Arantza is a small town in the north of Navarre. It is bordered by Lesaka in the north, by Igantzi and Sunbilla in the south and by Goizueta in the west.

Arantza is a village in Bortzirieta. As the name suggests, there are five (‘bortz’ in the local Basque dialect) villages: Etxalar, Bera, Lesaka, Igantzi and Arantza.

Its climate is warm Atlantic. It rains a lot and many times so there is no drought, it’s a wet region. Most of the times, winters are mild without much cold. In its forests and mountains there are still traces of ancient trees. We can find oaks, which predominate in the lower plots of land; beeches in the highlands and chestnut trees in the middle areas. Apart from these, there are other deciduous leaves’ trees such as the ash. The wooded areas exceed 50% and the rest is meadows and fern-covered ground.

Between Arantza and Igantzi, in the border next to San Juan Xar, there is a forest of beech ashes (carpinus betulus). It is a trace or relic of a type of forest that was once widespread in Europe. In the whole Iberian Peninsula, San Juan Xar is the only area where beech ashes are grown. Therefore, this area became a Nature Reserve in 1987 to protect that tree.

In Arantza currently there are 630 inhabitants more or less. Although most of them leave in the town center, many of the inhabitants live in farmhouses. Those farmhouses are located in four districts: Eguzkialdea, Aientsa, Azkilarrea and Bordalarrea.

In the town, you can find an indoor fronton, a children’s playground, parking for buses and cars, doctor consultation, pharmacy, two cash machines, nursery (0-3 years) and a public school (4-13 years).

The first human remains in Arantza date back to about 4,000 years ago. These humans, who were originally hunters and fruit gatherers, began to domesticate animals, forming groups of sheep and goats. There is no trace of their dwellings, but there are traces of death and burial rites: dolmens, tombstones made of slabs, places to bury the whole body of the deceased, and cromlechs, circles made with small pillars, places in which to bury the ashes of the deceased in a vessel. Objects (arrowheads, pendants…) appeared next to the corpse or ashes of the deceased, which could have been helpful in an afterlife.

These megaliths appeared on the crests and small peaks of the mountains and they were probably witnesses of the traces of the first human beings in the area: to create pastures, they then began to cut down trees in the forests of Arantza. The profession and way of life that has survived till now began then: shepherding.

The King of Navarre founded Arantza in the 13th century. The first foundries were built in the Middle Ages, outside the town center and next to the river and they named three of the oldest houses in Arantza: Aranibar, Ola and Ibarrola (‘ola’: forge). Along with the blacksmiths, another important profession in the history of the population spread: the mountain men who make charcoal.

In the 17th century, corn brought from America spread, and with it, quicklime was invented to cultivate land. Corn, as a round corncake, with cheese and other dairy products, has been until recently the staple food for the population.

At the beginning of the 19th century, there was a foundry but it disappeared by the middle of that century. The coal that was worked in the mountains of Arantza was taken to the foundries of the surrounding villages. At that time, there were also three mills in the village; one of them was used to crush wheat and the other two to crush corn.

When the 20th century arrived, some power plants and sawmills were already part of the industry. In 1913, the power plant ‘Electra Aranaz’ was founded and it used to produce at least 1,800 horsepower for the paper mill in Errenteria or for the border train. Lime kilns kept working, satisfying the requirements of the bank of the river Bidasoa.

The population of Arantza gradually increased, although it had some ups and downs until 1950 when it reached 1,200 inhabitants. Since then, the population has declined. There are many inhabitants who had to look for work outside the village, most of them to work with what they had learnt in the village: to America as a shepherd; to the Pyrenees and to the Alps as a mountain boy; or to hotels in the coast as maids and servants.

Nowadays, the agrarian economy has failed and there aren’t many inhabitants who live just from agriculture. Most of the population works in industry, in Bera and Lesaka. In this changing process, the inhabitants keep their identity: there are shepherds, they care of pastures and there is grove culture. 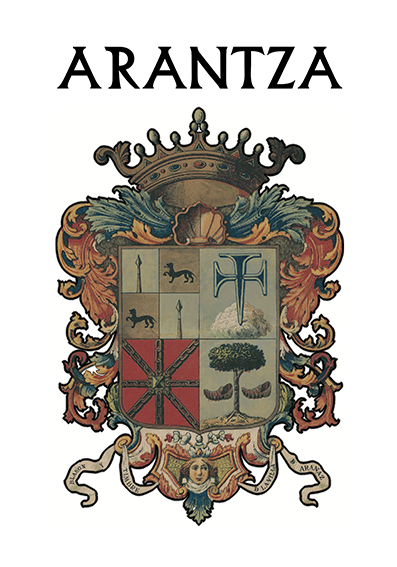 The entire coat of arms is surrounded by ornaments and it has a crown on it. It is divided into four squares.

The second square, with a silver background, shows a blue cross that escapes over the clouds of heaven, in memory of what appeared in the sky in 724.

In the third square, in red, the Gold Chain of Navarre, with a green emerald in the middle, which the kings of Navarre have used since the battle they won against Miramolin El Verde in Navas de Tolosa.

In the fourth square, in silver, there is a green holm oak and on its sides two golden abarka (a kind of laced shoe or sandal made of leather or rubber, used in the Basque Country) tied with red cords, the arms of Sancho Abarka. 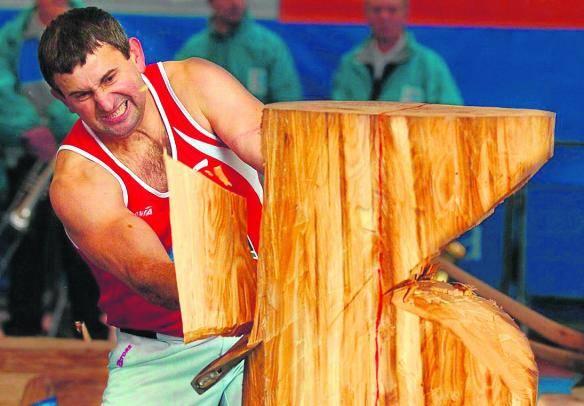 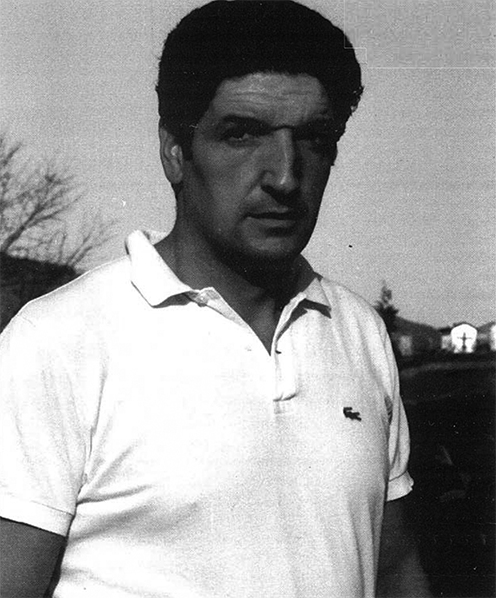 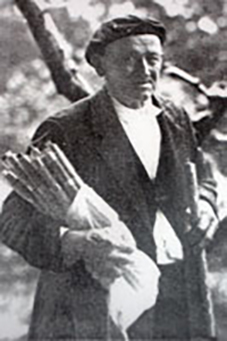 At a certain period, most of the people in Arantza were farmers and stockbreeders. Nowadays, however, few people live in farms and most of the inhabitants use them as an additional resource.

Livestock has more power than agriculture. We have to mention the Friesian and Alpine Brown cows, Latxa sheeps to get milk and mares. Pigs and birds are less important.

Many areas have become meadows. As in the whole region, the sector has turned to livestock. Vegetable gardens or fields are still cultivated, and the products made there (for family’s consumption) are potatoes, tomatoes, onions, vegetables, beans… There are also crops for agricultural animals’ consumption: corn, turnips, meadows, fern…

There is a farming cooperative (Bortzak Bat 948 63 40 26). On Farmer’s Day, which is celebrated on 1st November, you can see, taste and buy products from local farmhouses. Forestry is of great importance in the village, as more than half of the municipality is covered with forests.

Industry has taken the place of agriculture and it has become the bases of the economy. There is no industry in Arantza but most of the inhabitants work in other towns: Lesaka, Bera… Nowadays, the region is affected by the economic crisis.

We have a hydroelectric power station in the village and a small construction company.